The leading global motherboard, manufacturer, ASRock, is proud to announce its latest two AMD™ powered motherboards that are built on the AMD 3rd generation Ryzen Threadripper platform. The ASRock TRX40 comes in two flavors, the TRX40 Creator and the TRX40 Taichi. Both are super cool motherboards that extend the meaning of quality and pushes the boundaries of tech. 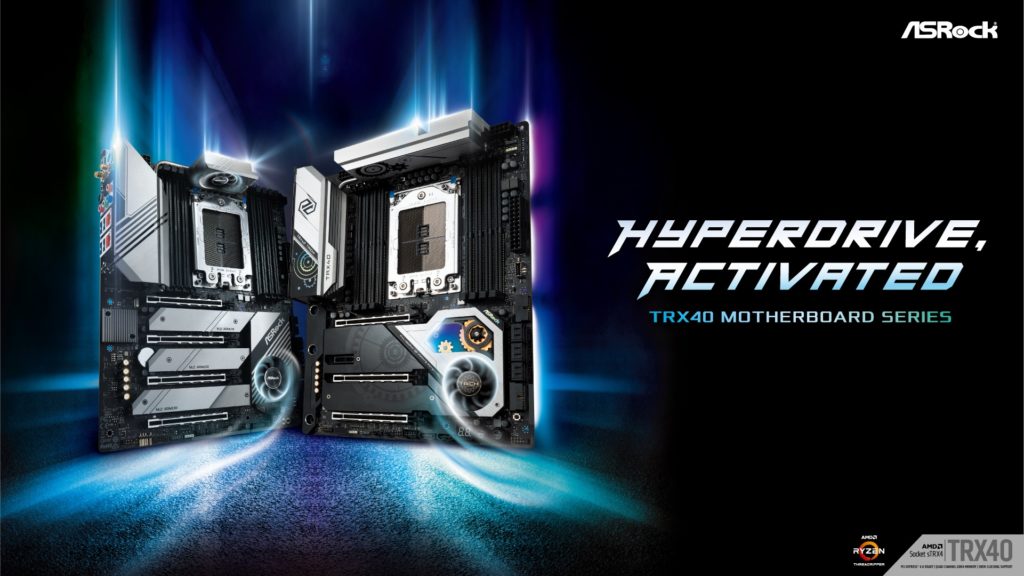 TRX40 Creator - Create consistent and smooth content without a hiccup
Creating content, images or video, requires a stable machine with good specs and reliable components. The TRX40 Creator bears the hallmarks of a sturdy ship powered by AMD's Ryzen chipset and dedicated graphics so all design work flows smoothly without sinking components. Trust ASRock to provide design quality with speed and uncompromising workmanship within a design masterpiece. It stands out in the crowd as it supports Nvidia's Quadro graphics cards and it fully supports the Quadro SLI which is the best tool for creating VR content. 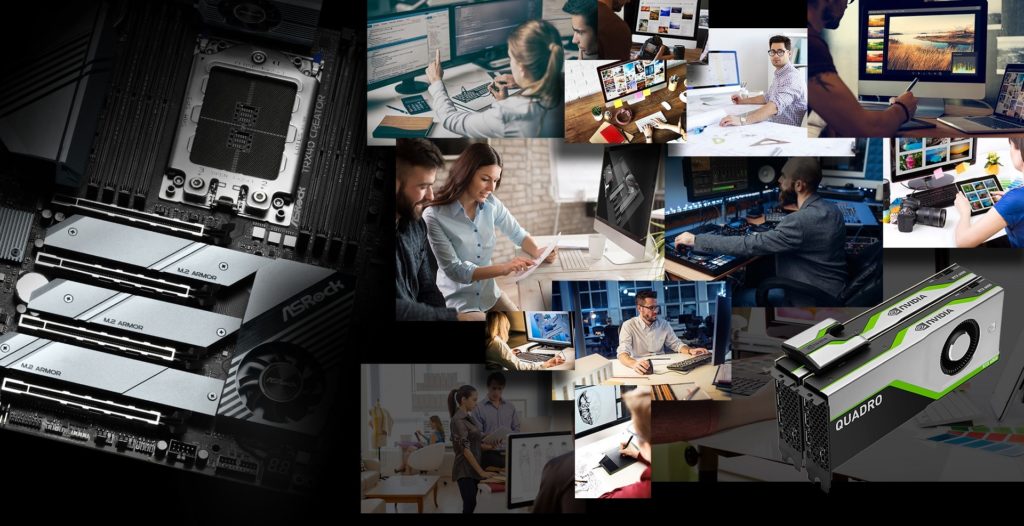 The TRX40 Creator supports triple hyper M.2 which is the next generation PCI Express 4.0 SSD chapter. It can perform twice the speed and offers transfer speeds of up to 64Gbps which is lightning fast for any motherboard and is crucial for any professional needing fast rendering or media processing. With the TRX40 Creator each M.2 will have its own heatsink to ensure high speed storage devices always perform at its best without any thermal issues.

Fast isn't only about the processor, you need to be able to transfer your data at the speed of sound as well. The new 10Gbps network standard specially designed to satisfy the user who is seeking immediate performance improvements enhances the quality of media rich data transfers. Based on AQUANTIA's AQtion™ 10Gbps BASE-T Ethernet client controller, it offers blazingly fast 10-gigabit per sec transfer speeds over Cat6 cabling, giving lightning fast transfer speeds, perfect for media center, workstation and gaming PCs.

You're not only getting fast data through the cables, ASRock TRX40 Creator provides the latest Wi-Fi 6 boost with the 802.11ax protocol. 802.11ax works up to 2.4Gbps and natively operates in both 2.4Ghz and 5Ghz bandwidths simultaneously. Significant improvements in bi-directional MU-MIMO gives zero latency and a 40% boost than current Wi-Fi connections. offers blazing fast network speeds so 4K files and large image transfers across wireless networks are steady and a breeze.
TRX40 Taichi - Overclocks and provides abundant expandability
Overclocking is a rite of passage for gamers and nerdy media professionals and the TRX40 improves on that because it already runs at supersonic speed which delivers higher performance and higher power consumption on the TRX40 platform. The TRX40 Taichi motherboard is bold to challenge the limit and together with other expandable components delivers what unquestionably is technology nirvana. 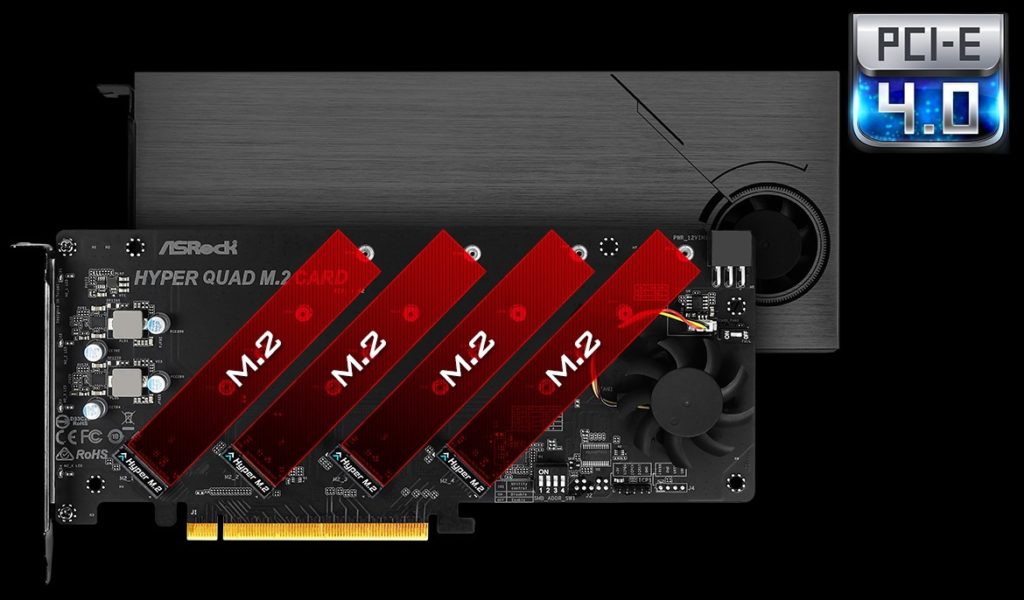 If you are looking for the quintessential power base of a motherboard, the TRX40 delivers the Digi Power Phase & 90A Dr. MOS technology. It's a power phase design that ensures all components are sturdy and offers a completely smooth power delivery to the CPU. Dr. MOS monitors current and temperature of each phase and boosts power and performance to the CPU so you don't need to worry about latency or slow power surges, giving a super stable system and tons of overclocking potential.

The TRX40 Taichi brings high performance but with that comes heat. Heat that is every gamer's nightmare as it drains power and resources. TRX40 Taichi's thermal design is part of its premium pedigree. An extra-large aluminum alloy heatsink with dual cooling fans are able to effectively take away heat from the MOSFET, giving better performance and OC capability. 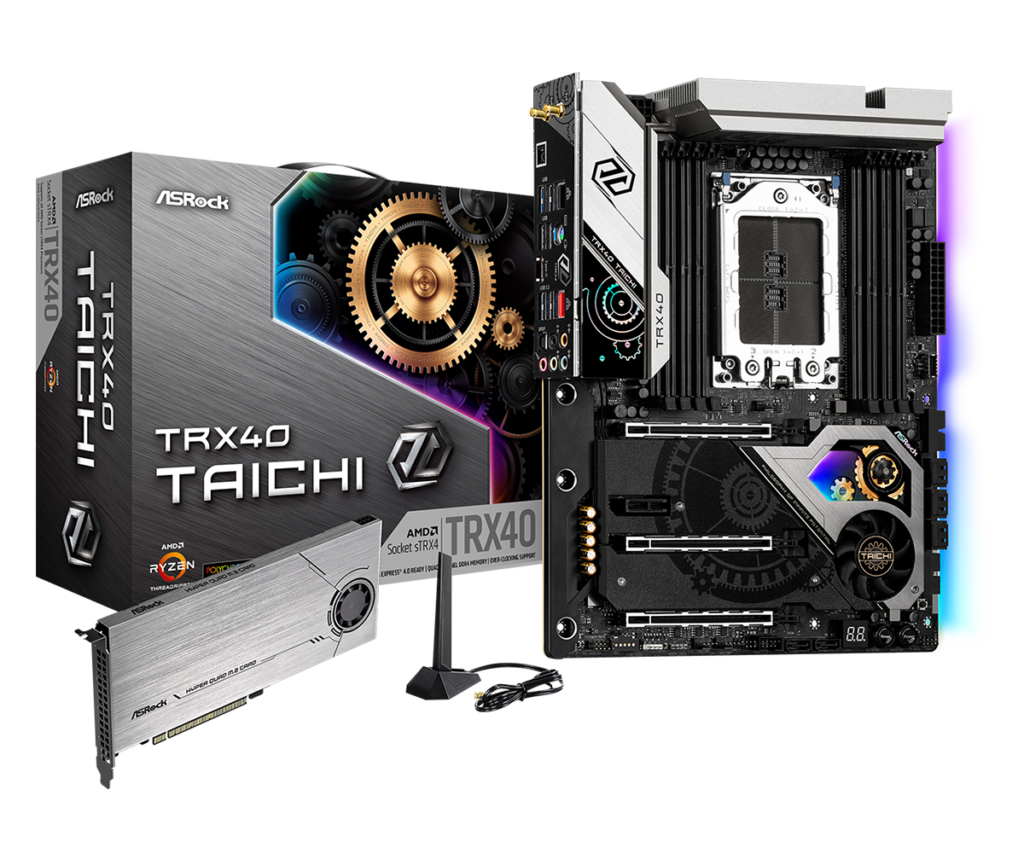