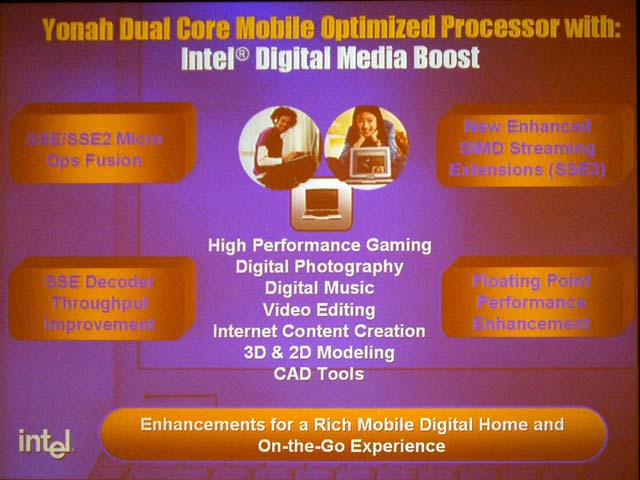 The first improvement is that now all three of Yonah's decoders can decode SSE instructions, regardless of the type of instruction. Improving the decode width of the processor is a quick way to improve performance.

Next, SSE/SSE2 operations (not sure if all can be, but at least some) can now be fused using the Micro Ops Fusion engine of Yonah. At a high level, the benefit here is increased performance and lower power consumption, we'll get into architectural details of why that is when we eventually sink our teeth into Yonah next year.

Each of the two cores in Yonah have also received support for SSE3 instructions much like the Pentium 4 E.

The SSE/FP optimizations are all being grouped into what Intel is calling their Digital Media Boost technology, yes the names seem to get worse and worse as time goes on - but at least the functionality should be good.
Zum Vergrößern anklicken....