MLC@Home Is shutting down
After over two years, some bumpy moments, and the tremendous support from our volunteers,
I, as MLC admin, am making the decision to shut down MLC@Home as a BOINC project for the
time being.

Why?
We've achieved the goals I set out to accomplish (and more!) with 4 complete datasets comprising
dozens of terabytes of data to analyze. Now we need to focus on analyzing the results and writing papers.
As a researcher, at some point you have to stop generating data and write; and my family, work, and
school commitments have limited the amount of time I can spend generating new experiments. This
should be evident as I've been less and less responsive to the community over the past 6 months,
for which I apologize. While we can always want more from any endeavor, I think we've accomplished
a lot for now, and want to put the project on indefinite hiatus until something new comes along.

This is a time to celebrate all that our volunteers have achieved together! This
community has been amazing between the forums and Discord. We're shutting down not because of any
problem, but because we've achieved the goals we set out to accomplish. For that, I couldn't be
more grateful.

The only bittersweet aspect to shutting the project down is that I hoped to grow MLC@Home beyond MLDS,
to become a platform for democratized machine learning research. I failed to gain traction with other
researchers and as such MLDS was the only project on MLC@Home. COVID is partly to blame[1], but there are
a number of other factors ranging from how research is funded in a hot field like ML to my own limited time
commitments. If other researchers express an interest we can revive the project in the future, but for now
I can not justify running the project without a real path to meaningful new work. That's wouldn't be fair to
our volunteers.

What happens now?
First, as promised, the datasets will remain available (DS4 will require some thought and time to release, see
below), and the main MLC@Home website (https://www.mlcathome.org) and twitter feed will remain active so I
can post updates on any papers and how to access DS4 when available. For now, there are no changes
to the BOINC server portions of the website. I'll need to read up on how to properly archive the forums,
project pages, and stats so that they can remain available (read only) without becoming a magnet for spam
and the (currently hourly...) hacking attempts (sigh...). I will also be winding down the Discord community
over the next month or so.

For me personally, I will continue my research and work on publishing meaningful results. I'll also continue
to support other BOINC projects (I've been contributing to BOINC since the SETI@Home classic days)
and support the idea of volunteer computing. At some point, I'll write up my experience as a researcher
starting a new project and running it from the beginning to end; and hope that will be a resource for other
projects wanting to start out. It's generally been a positive experience, but there are some definite areas
for improvement.

For you, I encourage you to continue to support other great BOINC projects with your computing time. The
official list is here https://boinc.berkeley.edu/projects.php.

DS1/2/3 are up for download now, what about DS4?
DS4 is large over 12TB in size for just the Dense portion. So ti's going to require even more time to copy,
package, analyze, and upload. I intend to do this after my analysis and thesis is complete, which should
be in the next 6 months. If you are a researcher and want access to the dataset sooner, please contact
me directly and we can work something out.

The original idea for DS4 was to compute neural networks for each type of data using dense, LeCun-style
CNNs, and AlexNet CNNs. It turns out LeCun networks are so small and easy to compute that I can compute
50,0000 of them them locally on my won workstation in a day or two, so I didn't bother sending those out
as BOINC workunits (also because the current client crashes when computing LeNet5 on some platforms,
and it was faster to computer it locally than track down the bug). Since its debatable what scientific
benefit having AlexNet (another CNN) brings over LeCun networks I'll likely drop those from the dataset.

Thanks
Even if nothing else happens, MLC@Home has been major success. We produced scientifically
interesting and unique datasets, introduced a whole new type of science (machine learning) to the BOINC
community, and showed that machine learning research can be conducted by a group volunteers over
the internet.

There are a few groups and individuals I'd like to specifically thank for making this project such a success.
These include, but aren't limited to: the BOINC developers, especially Vitalii Koshura and the other
developers on the BOINC Discord server, for helping me develop the project from the very
beginning, Marcus (Delta on the BOINC Discord servers) for contributing directly to MLC@Home's
server backend processing software, and who, along with JRingo run the BOINC Radio podcast that
promoted and supported MLC@Home from very beginning. Mike from the PrimeGrid project for
providing some crucial early advice for running a new project. I'm sure I'm forgetting many others, just
know that we, as a community have many to thank for the success of this project.

I'd like to extend an extra thanks to the early volunteers on the project who helped make the forum a
helpful and welcoming place.

Thanks also to the CoRaL Labs and my advisor at UMBC for supporting the research and providing
funding for the new server after we quickly out-grew our original 2015-era ThinkPad laptop.

Finally, thanks to our 4200+ volunteers, who crunched over 12.5 million work units using more than
17000 hosts. I am truly humbled by your contributions and what we've achieved together. None of this
would have been possible without you. Thank you for giving a small unknown researcher a chance, and
I encourage you to seek out smaller projects in the future, as their success will help determine
whether BOINC continues to grow and thrive.

I leave you with one last, satisfying website screenshot: 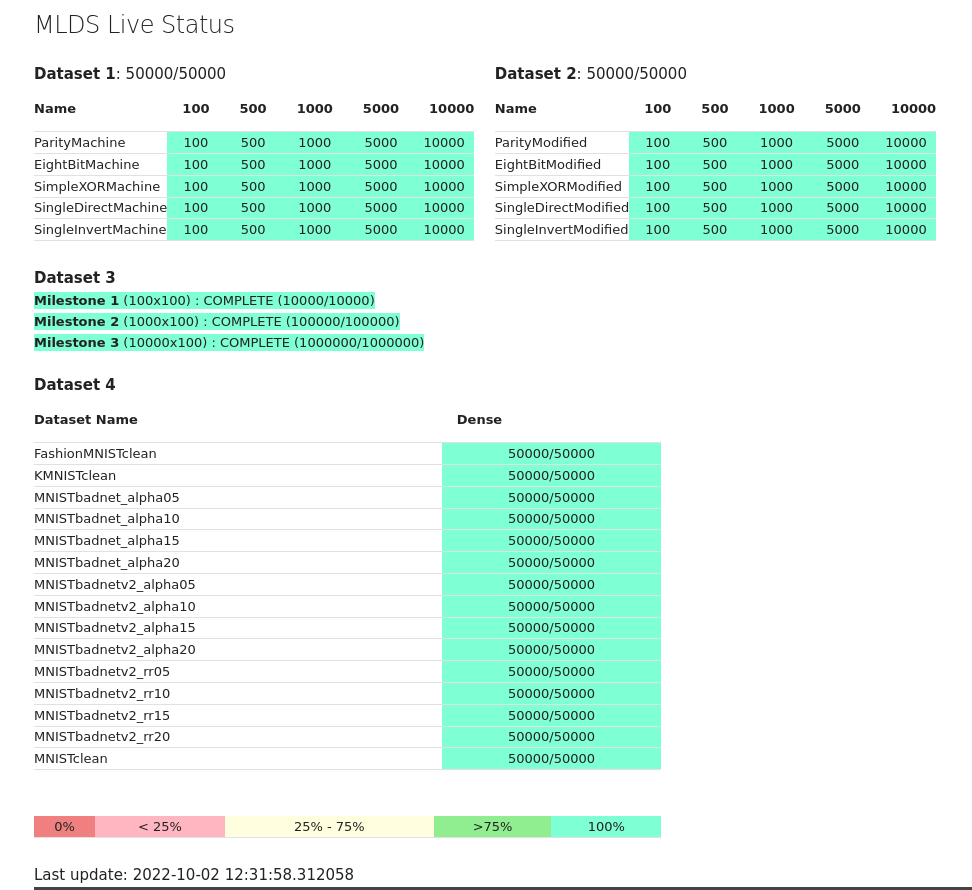 Thanks again to everyone,
pianoman