What are you doing to take advantage of the powerful hardware available in a PC?

As you can see from the specs list above, we’ve worked hard to make sure the game will run smoothly on a wide range of PC builds. But it’s when you get towards the top end of that range that you can really push a game to its limits, and the game will look and run incredibly on the most advanced current machines around at the moment and well into the near future.

As you can tell, there’s a lot for PC fans with higher-spec hardware to sink their teeth in to.


35GB is a pretty hefty install size, even for a PC title. Why the large size? Are we seeing HD textures or better rendered cutscenes?

Both, and more. As we said earlier, one of the goals with Max Payne 3 on PC was to have a game that runs beautifully out of the box on day one across a wide range of machines. The PC is the only platform where you can really max out the high end if you want to, and we wanted Max Payne 3 on PC to have the potential to look beautiful on the highest possible resolutions on the biggest monitors available - so while we can still scale performance down to suit even reasonably low-end rigs, every asset is available at the highest resolution possible, from audio to video to textures.

The installed size of Max Payne 3 is due to the no-compromise quality of its assets, which already push console disc space to the limits. A good portion of the extra space requirements on PC can be attributed to the increased size of the textures, which are four times the size of those on consoles. In addition, the audio quality is significantly higher than the consoles due to lower compression rates, which improves audio fidelity. Again, this comes back to the range of possibilities that the PC platform opens up for us. That, combined with higher video settings when running the game, results in substantially better visual quality.
Zum Vergrößern anklicken.... 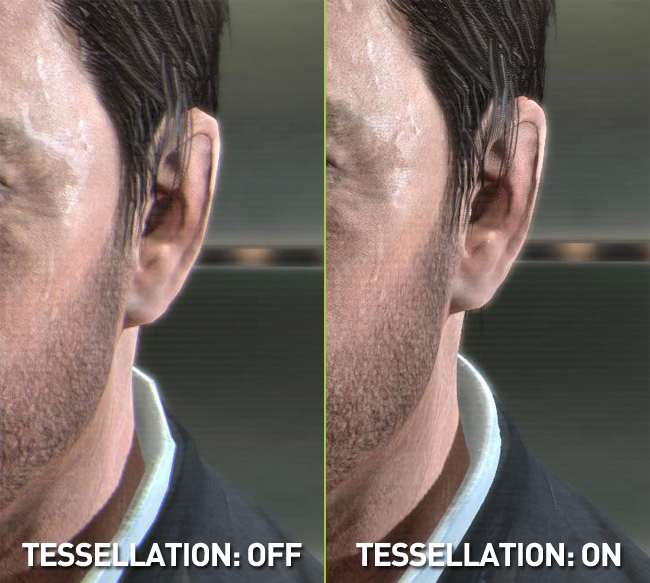